How to Grow Button Mushroom in India- Indian Method to cultivate Mushrooms. 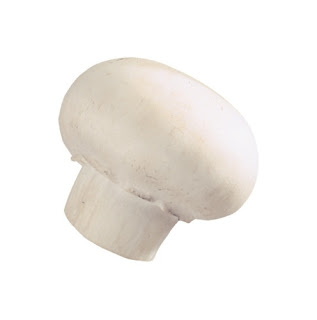 The cultivated mushroom is grown on special composts, which are of the following two types, synthetic and natural.

Composting yard
The compost should be prepared on well cleaned concrete or pucca floor, which should be at a higher level so that the run-off water does not collect near the heap.Composting is usually done in the open, but it has to be protected from rain by covering it with polythene sheet. It can also be done in a shed with open sides or a large room to shelter it from rain.

1. Synthetic compost
The following ingredients are required for 15-16 trays of size 100cmx50cmx15cm:-

The straw is uniformly spread over the compo sting yard in a thin layer and wetted thoroughly by sprinkling water. All ingredients such as wheat bran, fertilizers, etc. except gypsum, are mixed thoroughly in the wetted straw, which is finally heaped into a pile. The pile, 1m high, 1m wide and length adjustable, can be made with hand or stack mould. The straw should be firmly but not compactly compressed into the mould.

It is essential to open the entire pile and remake it a number of times according to the following schedule:

At each turning water should be sprinkled to make up the loss of water due to evaporation. If it is desired to add molasses, then 10 kg molasses diluted 20 times with water should be poured over the straw mixture during the first turning. Sixty kg chicken manure, if available, can also be added at the time of start of pile.

2. Natural compost
The following ingredients are required for 15-16 trays of size 100cmx50cmx15cm:-

It is prepared from pure horse dung (dung of other animals should not be admixed), which must be freshly collected and should not have been exposed to rain. Chopped wheat straw is mixed with horse dung, urea or poultry manure. The mixture is uniformly spread over the compo sting yard and water is sprinkled over it so that the straw becomes sufficiently wet. The manure is then heaped in a pile as for synthetic compost. After 3 days when the manure in the heap gets heated up due to fermentation and gives off an odour of ammonia it is opened. The process is repeated 3 or 4 times after an interval of 3-4 days. Twenty five kg gypsum per tonne is added in two instalments at the 3rd and 4th turning. At the final turning 10 ml malathion diluted in 5 litres of water is sprayed into the manure.

Compost Filling in trays:
The compost when ready for fil1ing and spawning has a dark brown colour and no trace of ammonia. There is no unpleasant odour but it smells like fresh hay. The pH is neutral or near neutral. The compost should not be too dry or too wet at the time of filling in the trays, which can be determined by the palm test. For this purpose a small quantity of compost is taken into the hand and pressed lightly, if a few drops of water ooze out of the fingers then it is of right consistency. If relatively dry then the water should be made up by sprinkling. If too wet, the excess water should be allowed to evaporate. The prepared compost is now filled in trays, which may be of any convenient size but depth should be 15-18 cm. A standard size of tray is 100 cm x 50 cm x 15 cm. The trays should be made of soft wood and provided with the pegs at the four corners so that they can be stacked one over the other leaving sufficient space (15 cm) between the two trays for various operations. The trays are completely filled with the compost, lightly compressed and the surface levelled.

Spawning
Spawning means sowing the beds with the mycelium (spawn) of the mushroom. Spawn can be obtained from Mushroom Laboratory, Y. S. Parmar University, Chambaghat, Solan; National Mushroom Research and Training Centre, Chambaghat, Solan (H.P.) at a nominal cost. Small quantity of spawn is also available from the Division of Mycology and Plant Pathology, Indian Agricultural Research Institute, New Delhi. The grain spawn is scattered on the surface of the tray bed which is covered with a thin layer of compost. Spawning can also be done by mixing the spawn with compost before filling it in trays. Five hundred gram spawn is sufficient for five trays of standard size. After spawning, the compost surface is covered with old newspaper sheets, which are wetted by sprinkling water to provide humidity but no water is directly added to the compost during spawn running.

The trays after spawning are stacked vertically one over the other in 4-5 tiers. One metre clear space may be left in between the top tray and ceiling. There should be about 15-20 cm space between the two trays.

The room should be maintained around 25°c. The humidity should be built up by frequently watering the floor and walls. The room may be kept closed as no fresh air is needed during the spawn run. White cottony mycelium spreads and permeates through the compost. Eventually the compost surface gets covered with the mycelium. It takes 12-15 days for complete spawn run. Low temperature prolongs the spread of the mycelium.

Casing
After the spawn run is complete as is evident by white cottony growth, the surface of the compost is covered with 3 em layer of casing soil. A suitable casing soil can be prepared by mixing equal parts of well rotten cowdung (finely crushed and coarsely sieved) and garden soil. The casing material should possess high water holding capacity, good pore space and pH should not be lower than 7.4. The casing material is sterilized to kill insects, nematodes and molds. Sterilization can be accomplished either by steaming or by treating with formalin solution. For one cubic metre of casing soil, hqlf litre for formalin (40%) diluted with 10 litre of water is sufficient. The casing soil is spread over a plastic sheet and treated with formalin by sprinkling. The treated soil is piled up in a heap and covered with another plastic sheet for 48 hours. The soil is turned frequently for about a week to remove all traces of formalin which can be tested by smelling. After casing, the temperature of the room is maintained at 25°C for further three days, after which it must be lowered to below 18°C. At this stage lot of fresh air is needed and, therefore, the growing room should be ventilated by opening windows etc.

Cropping and HalVesting
The first flush of the pin heads become visible 15-20 days after casing or 35-40 days after spawning. Small white buttons develop 5-6 days after pin head stage. The right stage of harvest is when the caps are still tight over the short stem. In case the buttons are allowed to mature further, the membrane below the cap will rupture and the cap will open up in umbrella-like shape. Such mushrooms are considered to be inferior. Harvesting is done by holding the cap with forefingers slightly pressed against the soil and twisting it off. The soil particles and mycelial threads clinging to the base of the stalk are chopped off. Mushroom can also be harvested by cutting off with a sharp knife at soil level.

Storage
The mushrooms are best consumed fresh. Storage in refrigerator for a few days is possible if they are placed between moist paper towel.
Posted by Unknown at 07:30